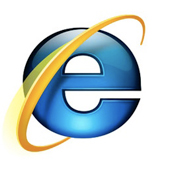 I’ve been busy working on a couple of new themes, and can’t believe how annoying IE6 is.  Hours of annnoying bug fixes later, and I just can’t believe that any company can write software so crap.  Why are people still using it?

Internet Explorer 6 has always been crap when it comes to building websites. While many of its issues are Microsoft’s fault for ignoring web standards, newer problems have arisen simply because of its age. It’s now eight years old, and many of the cool new tools on the web just didn’t exist when it came out.

Even if not all of IE6’s problems are its own fault, I know I’ll be joining the millions of web designers & developers dancing on Internet Explorer 6’s grave… when it finally dies the slow painful death it deserves. Until then, designing pages around IE6’s shortcomings is a fact of life.

Still… if you’ve ever wondered what sort of cool stuff you’ll be able to take advantage of when IE6 is gone, Sitepoint’s James Edwards has a list of the 10 cool things we’ll be able to do once IE6 is dead.

We hate you, Internet Exploder. You will not be missed.