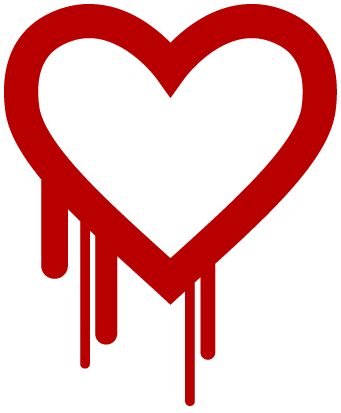 We just wanted to let everyone know that you can rest assured that Spiffy Stores has not been affected by the Heartbleed Bug. The hype surrounding it however is getting everyone worried!

You don’t need to change your password for your Spiffy Store login, or for your email.

We do however advise you to change your passwords for the following… Facebook, Pinterest, Instagram, Tumblr, Google (Everything Google including Gmail and Google Apps), Dropbox, and Yahoo mail.

While it’s great to see an important security issue like this get public awareness, the messages on it have become incredibly confusing and hype filled – from news anchors calling it “the end of the Internet” to worrisome alerts like “change all your passwords NOW!”.

Heartbleed is a software defect in widely used security software which enables an attacker to retrieve “leaked” information they should’t be able to access from a remote server. It is not a virus, but rather a method cyber criminals could use to get access to information by trying to read server data that should be secure.

It is certainly true that this vulnerability is serious, but to be clear this attack can not be used against just any system on the Internet. This is not a disaster affecting every system, just the ones running specific software. It is widespread, but not absolute. Estimates state hundreds of thousands of services being exposed, but it is not every single service on the planet.